Johnstown, Pennsylvania, was a thriving community with a strong economy based on the coal and steel industries.  The community was essentially wiped out by the historic Johnstown Flood of May 31, 1889, along with six other villages in the Conemaugh River Valley.  The South Fork Dam, located 22 km (14 miles) upstream of the town, burst sending a wall of water approximately 12 m (40 ft) high at a speed of 32 kph (20 mph) down the valley.  The debris from the flood was trapped against a surviving railroad bridge below the town and then caught fire.  About three thousand died in the flood and fire, and thirty-five hundred were left homeless.

Construction of the South Fork Dam began in 1839 and was interrupted for ten years for lack of money.  It was finally finished in 1853.  The original purpose of the dam was to provide water for the Pennsylvania Canal running from Philadelphia to Pittsburgh.  The original design included a spillway 45 m (150 ft) wide to allow water up to 3 m (10 ft) deep to pass safely over the dam.

Railroads became increasingly more important for transportation than canals, and four years after completing the dam was sold to the Pennsylvania Railroad.  The railroad had little use for it, and the dam fell into disrepair.  In 1880, the dam was sold to the South Fork Hunting and Fishing Club of Pittsburgh.  Members of the club included Andrew Carnegie and Henry Clay Frick.

The new owners made dangerous modifications to the dam.  The outlet pipes were removed since there was no longer a need to feed the canal.  The dam was lowered 0.6 m (2 ft) and a trestle bridge for a road was installed across the spillway.  A screen was placed in front of the trestle to keep fish from escaping from the reservoir if water overtopped the spillway.  The spillway, a critical safety fuse to prevent the breach of any dam, was reduced to about a third of its capacity.

Heavy rain began on the evening of May 30.  The clubs resident engineer, John G. Parke, Jr., observed the rising water in the morning and rode by horse to South Fork village and sent a warning telegram to Johnstown.  He returned around noon, and found water already 2.25 m (7.5 ft) above normal lake level and cutting into the dam outer face.   Parke ate lunch and then came back to the dam.

By this time, the water was washing away the outer face and cutting a large hole into the dam.  The dam breached, and within 45 minutes the lake was fully drained.  The rainfall was heavy about 127 mm (5 in) in 34 hours but the original spillway would have probably have been sufficient if the club had not made the modifications.

When the dam failed, the wall of water rolled down the Conamaugh River Valley and then smashed into Johnstown itself, where the Little Conamaugh River fed into Stony Creek, at roughly 4:07 p.m.  It washed up into the hills and up Stony Creek and then washed back again.  The destruction of the city took about ten minutes.  Much of the debris became jammed at the Pennsylvania Railroad 7 m (23 ft) high stone bridge at the far end of the town.  This formed a dam and kept the bulk of the water and debris from continuing on downstream.  Some who were not drowned were pinned and buried in the debris pile, and perhaps eighty later died when the pile caught fire.

One important lesson from this disaster is the impact of land use on design and performance of engineered facilities.  Two important changes which took place in the valley were the removal of timber from the hillsides, which dramatically increased runoff, and the tripling of the population following the Civil War.  Very similar changes often take place with any dam project the land becomes more valuable, population increases (including downstream of the site), and forests are cleared and land is paved.  These increase the extent of flooding as well as the potential property damage and loss of life.  The U.S. has a vast dam infrastructure, much of which is poorly maintained.  Critical elements to maintain are the safety valves  the pipes and spillways.

The case study is covered in detail in Chapter 8 of Beyond Failure: Forensic Case Studies for Civil Engineers.

Essential Reading and Other Resources

The most important book on the disaster is The Johnstown Flood by David McCullough, D. (1968).  McCullough includes extensive accounts of the individuals involved and was even able to interview some of the survivors decades after the disaster.  Many of the survivors had left detailed personal accounts.  This case is discussed by Levy and Salvadori (1992, pp. 162 -166). 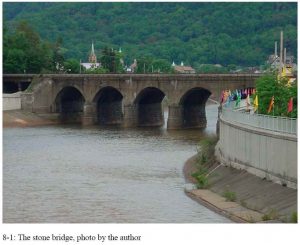 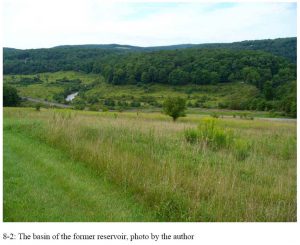 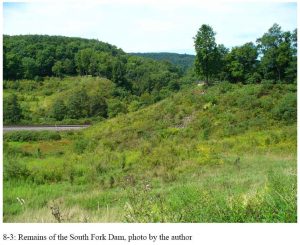