The Willow Island, West Virginia cooling tower collapsed while under construction on April 27, 1978, killed 51 workers in the worst construction disaster in U. S. history (Lew et al. 1979, Ross 1984, Kaminetzky 1991, Feld and Carper 1997).  A jump form system was being used, with the forms secured by bolts in one-day and three-day-old concrete.  The forms were designed to be progressively moved up the tower as it was built.  The temperature had been in the mid-thirties at night.  The National Bureau of Standards found that the concrete had not attained enough strength to support the forms.  The report concluded that the most probable cause of the collapse was the imposition of construction loads on the shell before the concrete of lift 28 had gained adequate strength to support these loads (Lew et al. 1979). 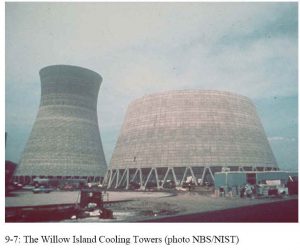 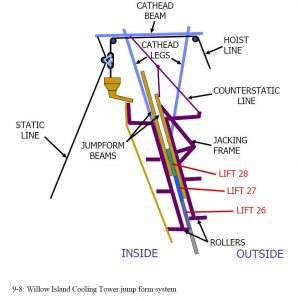 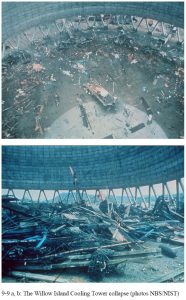