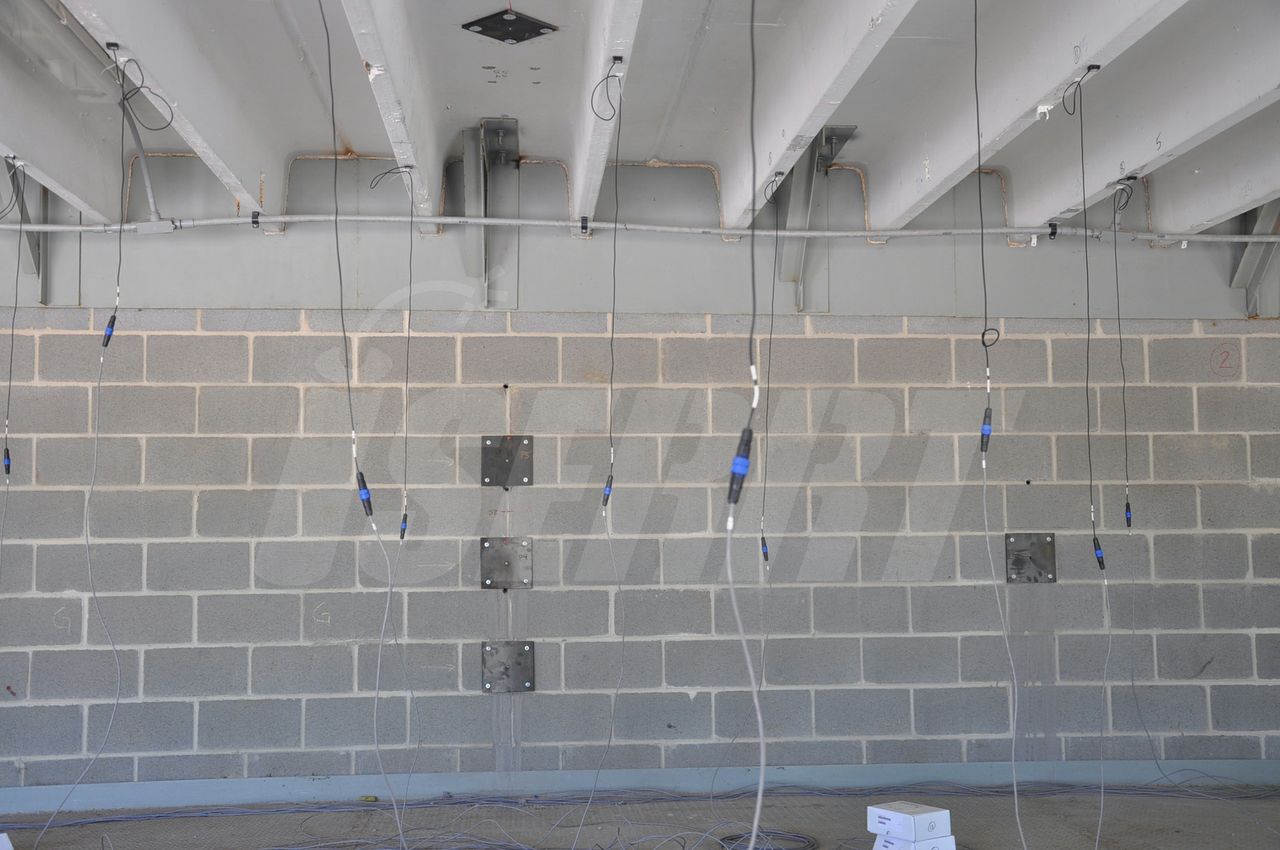 Unique access to an industrial building prior to, during, and immediately after detonation of an internal explosion was leveraged to obtain a remarkably extensive database of experimental measurements on the performance of the building before and after damage induced by the blast loading. Additionally, incident pressures, reflected pressures, and shock accelerations across various structural surfaces were obtained during the blast to quantify the loading and structural response. The structure tested was a two-story masonry building that advantageously provided opportunities to test the performance of a prestressed double-tee joist roof, conventional masonry walls, and an interior steel frame under blast loading.

Key features of the experimental database are: