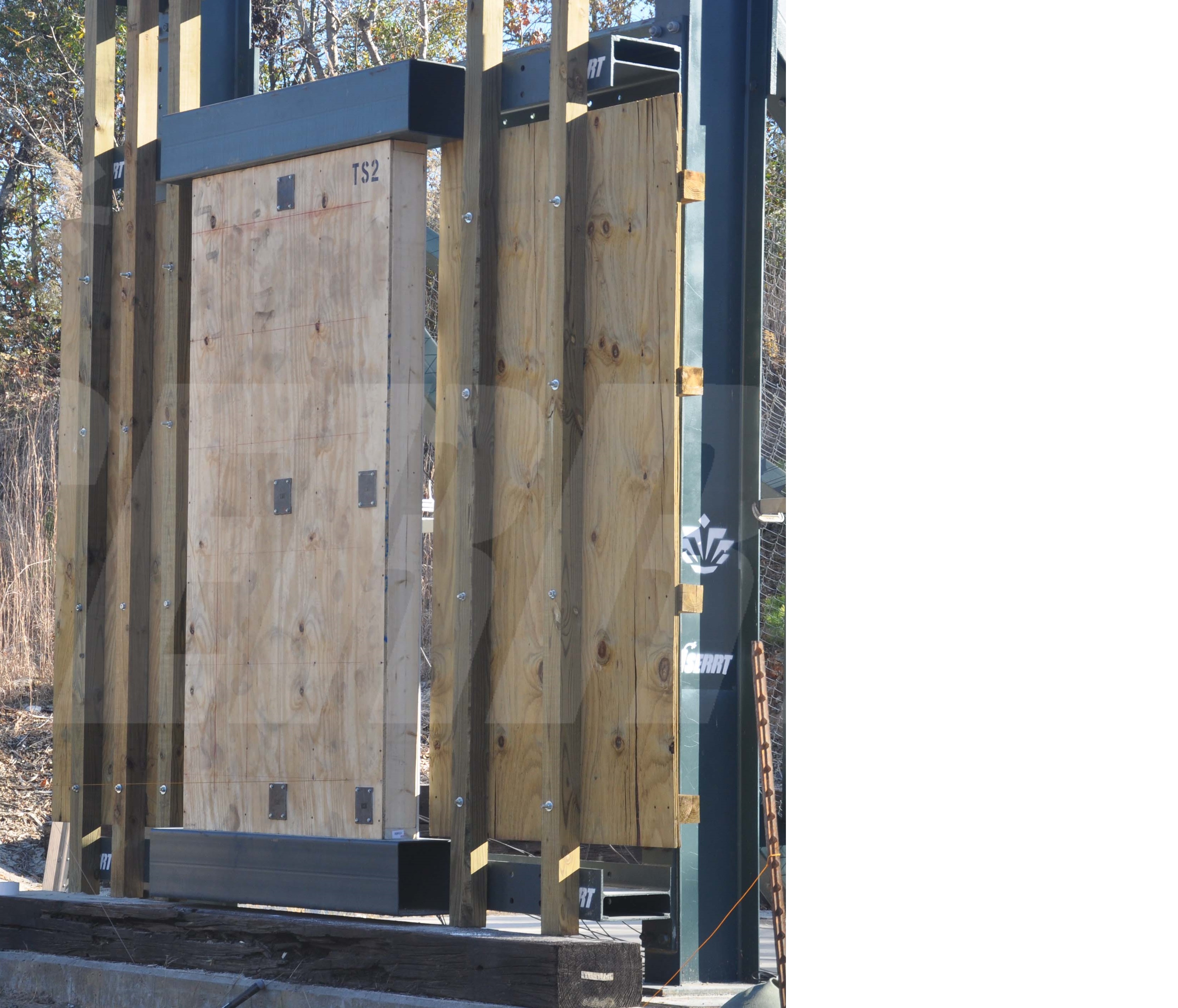 The ISERRT Facility conducted blast testing of a series of timber stud wall specimens subject to close in explosives with various charge locations.  Each wall panel was instrumented with an array of five flush-mount pressure sensors for measurement of reflected overpressures across the wall.  An additional two free-field pencil probes were positioned to measure the incident overpressure of the shock front.  Two linear displacement transducers and six shock accelerometers were installed across the wall studs to measure the dynamic response of the wall throughout the blast loading and failure of the wall system.  Regular and high-speed video was also employed to document each test.

As an additional supplement, vibration testing was also performed on each of the wall panels prior to blast testing to provide experimental data for structural identification of the exact boundary conditions and structural stiffness of each wall.  The modal properties measured during these vibration tests will serve to calibrate advanced analytical models prior to nonlinear analysis of the blast effects to yield higher fidelity simulations.  For wall specimens exhibiting only moderate damage, the vibration testing was also conducting after the blast loading to characterized the performance of the wall in the damaged condition.  This vibration characterization will help to validate the fidelity of the analytical models in the post-blast state as well as facilitate the development of novel methods for structural health monitoring and nondestructive evaluation of structural systems subject to explosive threats. 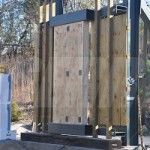