A Proportional-Integral-Derivative controller (PID) controller consists of a proportional unit (P), an integral unit (I) and a derivative unit (D). The PID controller is used with systems that has a desired linear response output with unchanging dynamic characteristics over time. The PID controller is a common feedback loop found mostly as a component of industrial control applications. The controller compares the collected data with a reference value and then uses this difference to calculate a new input value. The purpose of this new input value is to allow the system data to reach or stay at the reference value. The PID controller can adjust the input value based on the historical data and the occurrence rate of the difference to make the system more accurate and stable.

Through the Kp, Ki and Kd three parameter setting

Due to its versatility and flexibility of use, it has serialized products and only three parameters (Kp, Ti, and Td) that can be manually and automatically adjusted based on the reference value and current output value. In many cases, not all three units are necessary, and one to two of them may be taken, but the proportional control unit (or the Kp value) is indispensable.

In practice PID control doesn’t work well when controlling nonlinear, time-varying, coupled, and complex processes with a lot of variability in its parameters. Despite these drawbacks, simple PID controllers are sometimes the best controllers. Although many industrial processes are nonlinear or time-varying, by simplifying the process it can become a system where the basic linear and dynamic characteristics do not change over time so that it may be controlled via PID.

Even closed-loop feedback controllers must operate in an open-loop mode on occasion. A sensor may fail to generate the feedback signal or an operator may take over the feedback operation in order to manipulate the controller’s output manually.

Operator intervention is generally required when a feedback controller proves unable to maintain stable closed-loop control. For example, a particularly aggressive pressure controller may overcompensate for a drop in line pressure. If the controller then overcompensates for its overcompensation, the pressure may end up lower than before, then higher, then even lower, then even higher, etc. The simplest way to terminate such unstable oscillations is to break the loop and regain control manually.

There are also many applications where experienced operators can make manual corrections faster than a feedback controller can. Using their knowledge of the process’ past behavior, operators can manipulate the process inputs to achieve the desired output values later. A feedback controller, on the other hand, must wait until the effects of its latest efforts are measurable before it can decide on the next appropriate control action. Predictable processes with longtime constants or excessive dead time are particularly suited for open-loop manual control.

The step approaches are the output of the system when a step function is added to the system.

The steady-state error refers to the difference between the expected output and the actual output of the system after the system response enters the steady state.

The performance of the control system can be described in terms of stability, accuracy, and speed. Stability refers to the stability of the system. A system must be able to work properly. It must be stable first, and it should be convergent from the point of view of the step response. It refers to the accuracy and control accuracy of the control system. It is usually stable. Steady-state error describes the difference between the steady-state value of the system output and the expected value.

Fast refers to the rapidity of the response of the control system and is usually described quantitatively by the rise time.

Proportional control just means that the output power to the heater is proportional to the error.  So bigger error values mean a larger difference between the actual temperature and the set temperature resulting in more power going to the heater.  As the actual temperature gets close to the set temperature.  Depending on the system, it will probably still overshoot, but not nearly as much as it does with a simple on/off control. It’s a bit like driving up to a stop sign:  someone anticipating the stop sign will brake before reaching it rather than slamming on the brakes at the last possible moment.

The advantage of using proportional action is its simplicity.  The pure P controller is easy to complement by a simple multiplication of the control error with the control error with the controller gain K.  However, designing a P controller is always a trade-off. A high value of the proportional gain K result in fast setpoint tracking performance and fast disturbance rejection.  The problem with the high value of K is that the measurement noise is amplified by K. This, again, might increase the risk of an unstable closed loop. 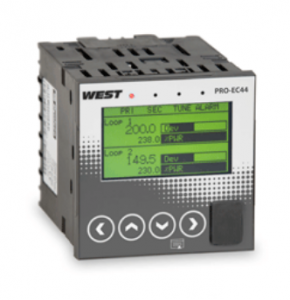 Proportional action can be used to improve the rise tie of the closed-loop response.  If steady states error is not desired, it is required that the plant has an inherent integrating action.  The inherently present integral action enables using pure P control without steady-state error. However, if the steady-state error is not a problem, then pure P control can also be used for plants without an integrating action.  Even if pure P control can stabilize unstable plants, caution has to be exercised if the plant has a double integrator in its dynamics, Then, pure P control results in an unstable closed loop.

When using the control structure with two degrees of freedom in the Laplace domain, the control error can be written as:

Thus, the final value theorem results in the steady-state error:

The following code simulates the P-controlled second-order system of the example.  The response of the control output “y“amd the control variable”u” (dotted line) to a unit step change at the input

However, due to the required integration, the control signal might not build up fast enough to quickly compensate for step disturbances or step changes of the set point.  Therefore, for the most practical applications, pure integral applications, pure integral control is not preferred. To increase the dynamics of pure I control, usually, the integral action is combined with proportional action, resulting in the well-known PI controller.  The control Law of the PI controller is given by:

Transforming the control law into the Laplace domain results in the PI controller transfer function:

PI control combines the advantages of proportional action and integral action within one controller.  It guarantees zero steady-state control errors, and the response to step changes of the set point or disturbances is faster compared to pure integral control.  The advantage of PI control over pure I control in terms of fast response is illustrated. It should be mentioned that integral action is not necessarily required in the controller if the controller system already includes integral behavior inherently.  Then, using pure proportional control does not result in a steady-state error.

PD control allows for proportional action and derivative action in one controller.  The control law and the transfer function of the ideal PD controller are given by:

In the control law, the second term represents the rate of change of the error signal or the error function.  Together with the first term, the PD controller gives a linear prediction of future errors.  This predictive behavior makes the closed-loop response faster compared to pure proportional action or PI control.  This, again, usually leads to improved stability and fewer oscillations of the closed-loop responses.

However, the ideal PD controller is technically not realizable.  Also, ideal PD control is not desired, because it results in the high-frequency gain, which amplifies measurement noise, and thus might lead to large control signals that can drive the actuator into saturation or might even cause damage.  Therefore, in the presence of measurement noise, filtering of the derivative action in the high-frequency range is recommended.  The filter is part of the PD controller, resulting in the following control law and transfer function:

In order to influence the controller dynamics as little as possible, the chosen value of N has to be large enough.  Simultaneously, the chosen N should not be too large, such that measurement noise is effectively suppressed.  In the literature, different values for N are suggested.  Values between 1 and 33 or 2 and 20 are mentioned.  Choosing an optional value for N depends on the actual application, including the frequency range of the measurement noise.  Note that in practical implementations derivative filtering might be automatically realized; for example, in the case in which the derivative term is digitally implemented by using the difference between two sampled values.  However, inherent filtering might not be sufficient, and, therefore, additional low pass filtering can be required, according to equation 3.13

The above example can be reproduced by execution of the following code in Matlab.  The response to unit step change at the input 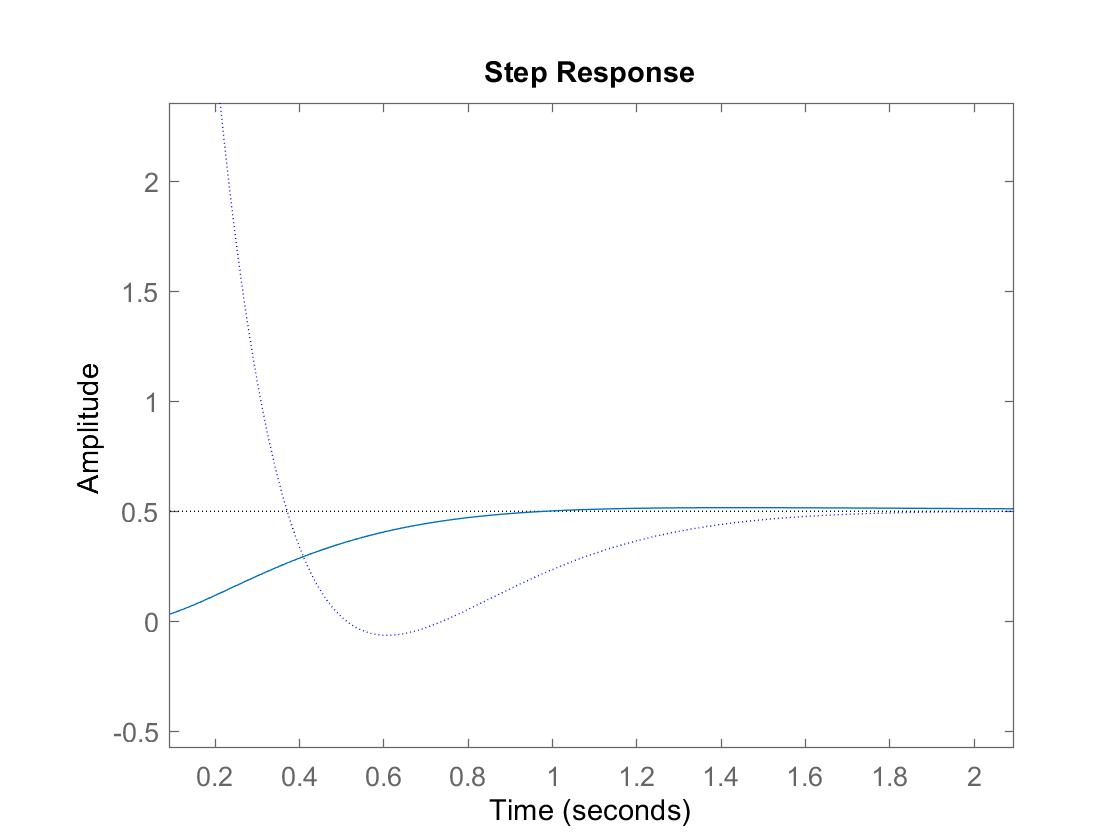 Controlling oil temperature in deep fryers can be hard to regulate.  When the proper oil temperature is not being used, food can either get overcooked or under-cooked which can then lead to food waste.  A precision PID controller can be used to set a proper temperature for cooking.  This is very helpful in big food factories to make cooking processes efficient. 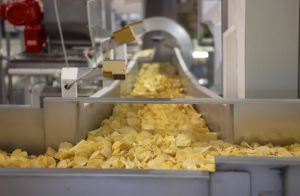 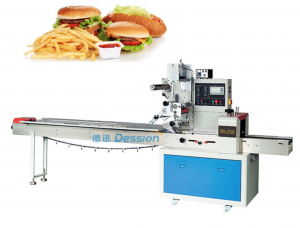 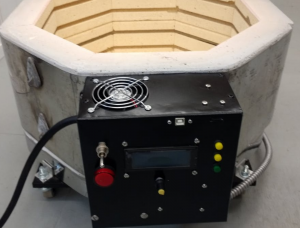 In real applications the derivative tern cannot be implemented as an ideal derivative.  Therefore, the controller equation is subsequently amended with a first-order lag, resulting in the control law and transfer function of the real PID controller:

In contrast to filtering solely the derivative part, low pass fuktering can be applied alternatively to all controller terms.  This, the ideal controller transfer function is additionally filtered with

For most applications, the filter

When using the PID controller in the non-interacting form according to equation 3.17 the standard feedback control loop results as shown in Figure 3.5 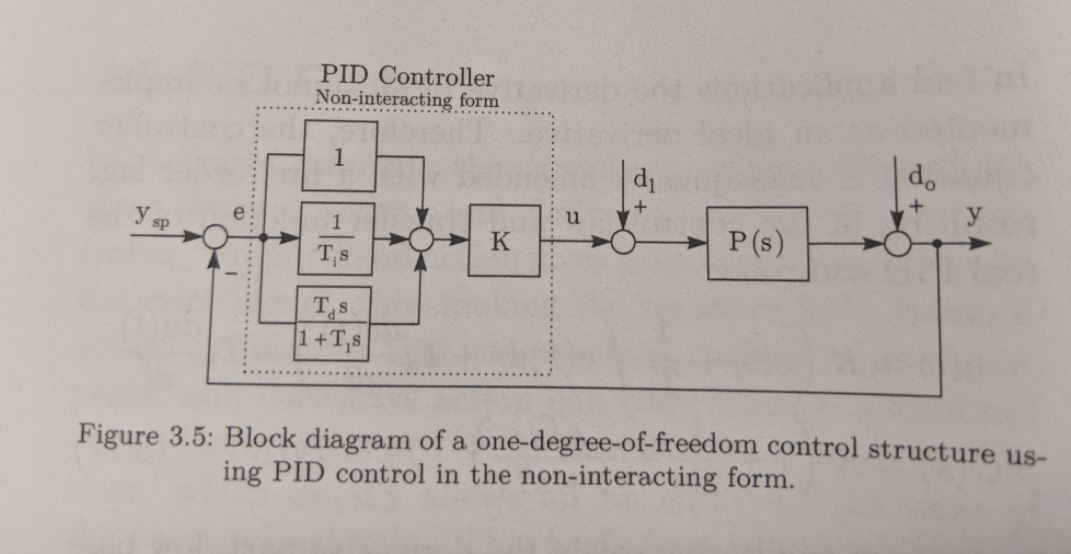 can be adjusted independently and do not influence each other, which explains the name “non-interacting”.  It is also very useful that with the non-interacting from complex zeros are possible, which is helpful when controlling oscillatory system.

The following Matlab example gives the response of the PID-controlled closed-loop to a unit step change at the input.

The parameters of the PID controller are set to

Executing the example in Matlab gives the output “y” and the control signal “u“. 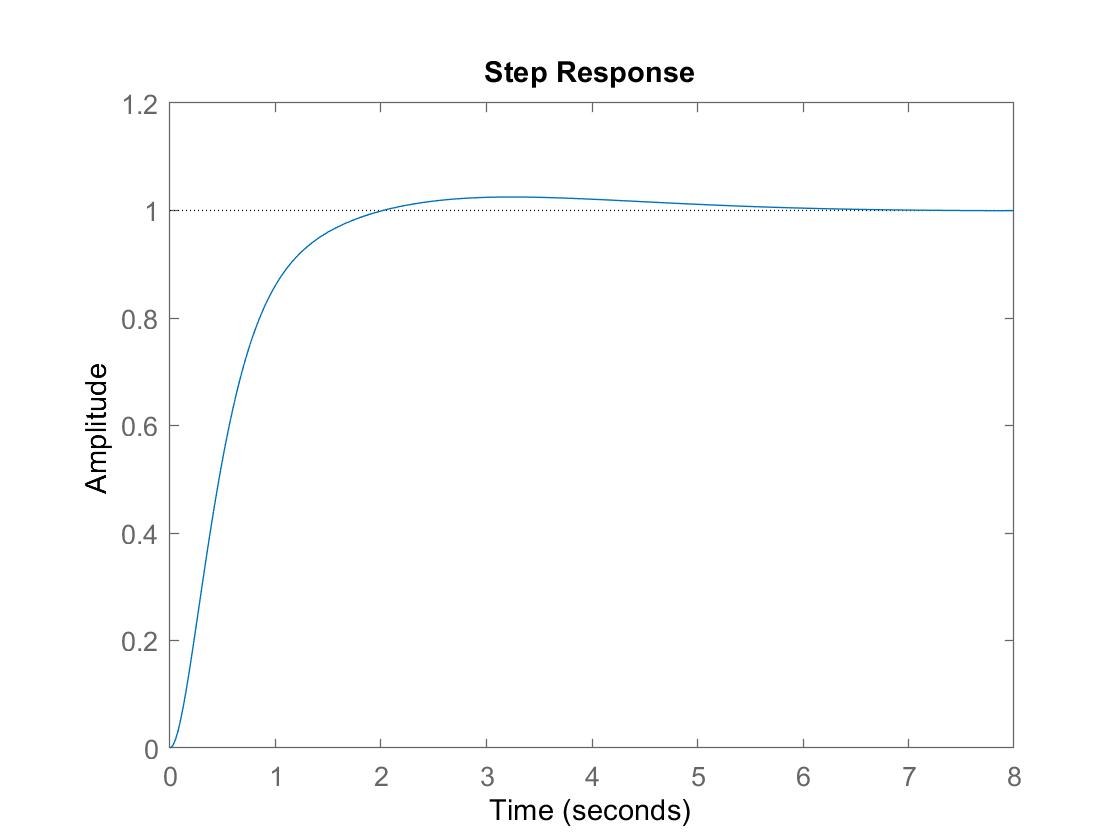 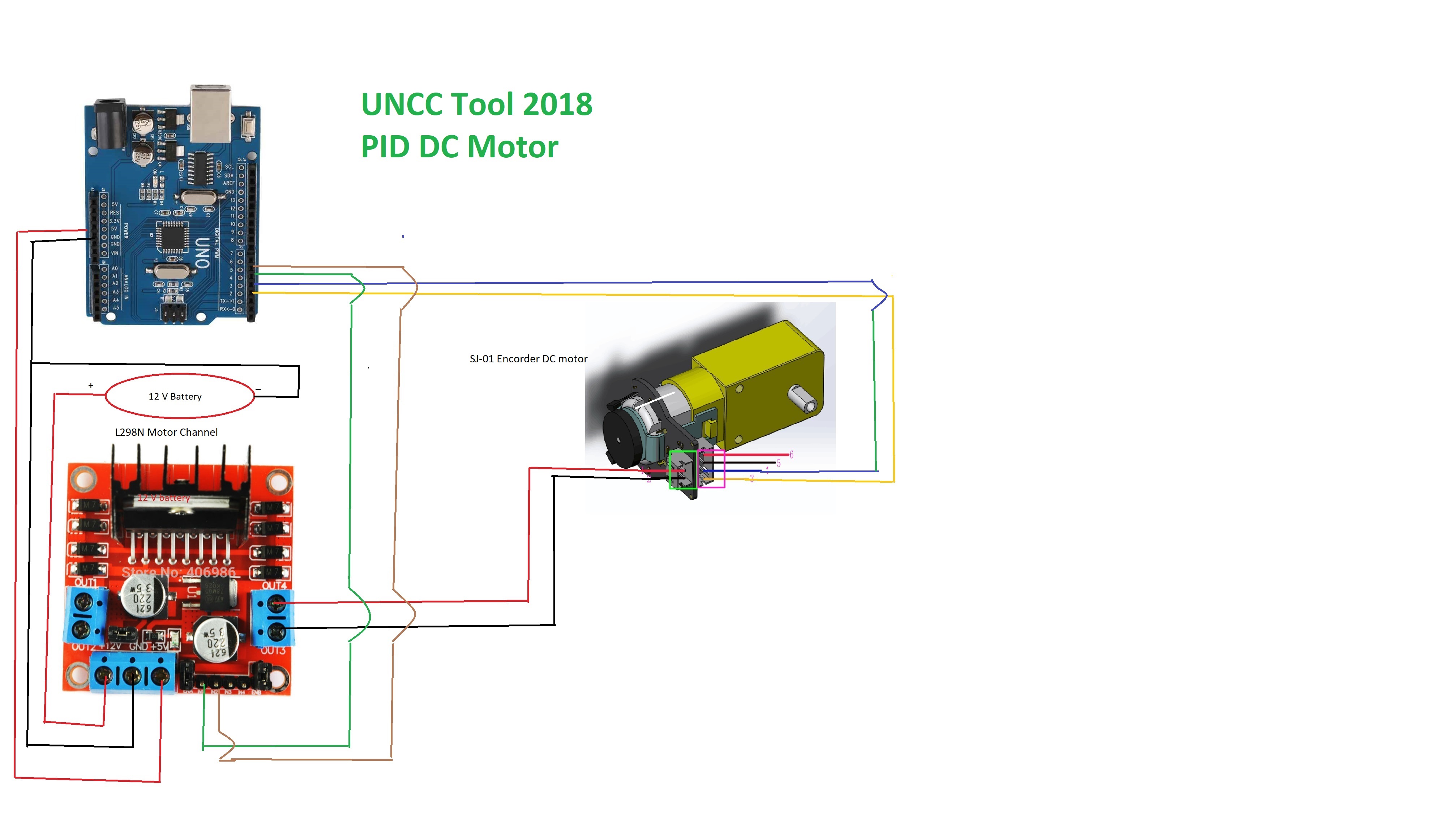