Accelerometers are devices that measure acceleration, which is the rate of change of the velocity of an object. They measure in meters per second squared (m/s2) or in G-forces (g). A single G-force for us here on planet Earth is equivalent to 9.8 m/s2, but this does vary slightly with elevation (and will be a different value on different planets due to variations in gravitational pull). Accelerometers are useful for sensing vibrations in systems or for orientation applications 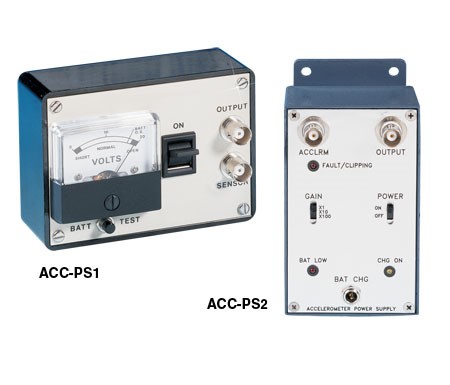 Most piezoelectric accelerometers are made of quartz crystal, piezoelectric ceramics, or, for high-temperature operation, tourmaline or lithium niobate. They obey Newton’s second law, F = ma, in that the force acting on the measuring element is directly proportional to the acceleration produced. Available in a wide range of configurations and operating specifications, these devices are used wherever shock or vibration is of interest.

Piezoelectric measuring systems are active electrical systems. That is, the crystals produce an electrical output only when they experience a change in load? they cannot perform true static measurements. However, it is a misconception that piezoelectric iýstruments are suitable for only dynamic measurements. Quartz transducers, when paired with adequate signal conditioners, offer excellent quasi-static measuring capability. There are countless examples of applications where quartz-based sensors accurately and reliably measure quasi-static phenomena for minutes and even hours.

There are two types of piezoelectric sensor: high and low impedance. High-impedance units have a charge output that requires a charge amplifier or external impedance converter for charge-to-voltage conversion. Low-impedance types use the same piezoelectric sensing element as high-impedance units and also incorporate a miniaturized built-in charge-to-voltage converter. They also require an external power supply coupled to energize the electronics and decouple the subsequent DC bias voltage from the output signal.

Piezoelectric sensors for measuring pressure, force, and acceleration may be regarded as underdamped, spring-mass systems with a single degree of freedom.  They are modeled by the classical second-order differential equation whose Solution:

=  frequency at any given point of the curve(Hz)

= mounting base or reference acceleration(f/fn=1)

= factor of amplitude increase at resonance 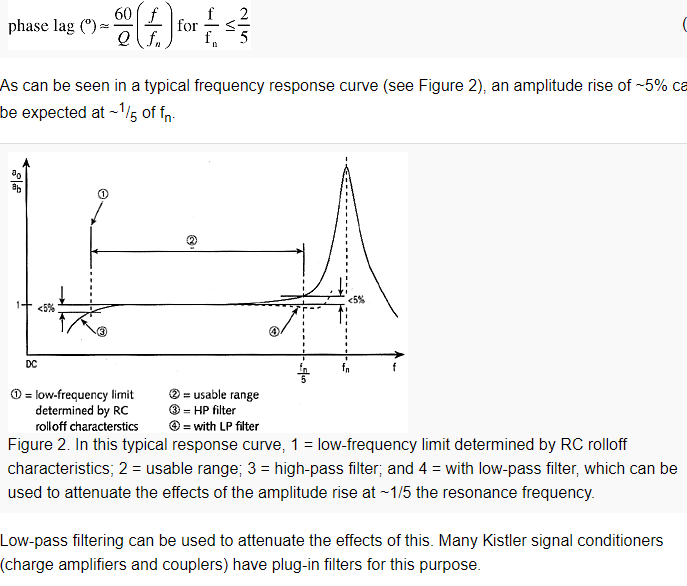