GPS stands for Global Positioning System, and it a systems for positioning and navigating in real time on a global scale.  GPS is an all-weather, full-time, high-precision satellite navigation system developed by the US Department of Defense. It can provide global users with low-cost, high-precision navigation information such as three-dimensional position, speed and precise timing. The application model of satellite communication technology in the field of navigation has greatly improved the level of formalization of the earth society and effectively promoted the development of the digital economy.

According to the instantaneous position of the satellite moving at high speed as the known starting data, the method of spatial distance resection is used to determine the position of the point to be measured. As shown in the figure, it is assumed that the GPS receiver is placed on the ground to be measured at time t, and the time Δt at which the GPS signal arrives at the receiver can be determined, and other data such as the satellite ephemeris received by the receiver can be determined

The application of GPS in road engineering is mainly used to establish various road engineering control networks and to measure the external control points of aerial surveys. With the rapid development of high-grade highways, higher requirements are put forward for surveying technology. Because the length of the line is long, there are few known points. Therefore, it is difficult to meet the requirements of high precision by conventional measurement methods.

GPS technology is also used in the control measurement of extra large bridges. Since it does not need to be viewed, it can form a strong mesh shape, improve the accuracy of the point, and is also very effective for detecting the fulcrum of the conventional measurement. GPS technology also has broad application prospects in tunnel measurement. GPS measurement does not need to be viewed, which reduces the intermediate links of conventional methods. Therefore, it has high speed and high precision and has obvious economic and social benefits. GPS and electronic maps can be used to display the actual position of the vehicle in real time, and can be arbitrarily enlarged, reduced, restored, and changed; can be moved with the target to keep the target on the screen; multi-window, multi-vehicle, multi-screen track at the same time. 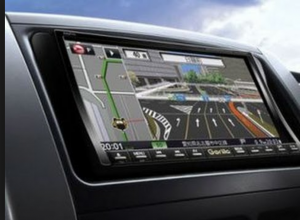 Providing travel route planning is an important auxiliary function of car navigation systems, including automatic route planning and manual line design. The automatic route planning is determined by the driver to determine the starting point and destination. The computer software automatically designs the optimal driving route according to the requirements, including the fastest route, the simplest route, and the calculation of the route with the least number of highway sections. The artificial line design is automatically created by the driver according to his destination design start point, an end point, and route point. After the route is planned, the display can display the design route on the electronic map, and simultaneously display the car running path and operation method. The system can also provide users with suggestions for tourist attractions, hotels, hospitals, etc. 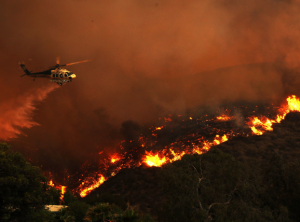 Through the GPS positioning and monitoring management system, emergency assistance can be provided to vehicles in danger or accidents. The electronic map of the monitoring station displays the help information and alarm targets, plans the optimal assistance plan, and alerts the on-duty personnel to the emergency treatment with the alarm sound and light.  Aircraft equipped with a GPS can be useful in cases of wildfires.  GPS with infrared scanners can be utilized to determine “hot spots” and fire boundaries.  A map of a wildfire can be determined within minutes, which helps fire departments to quickly plan how to sustain the wildfire.